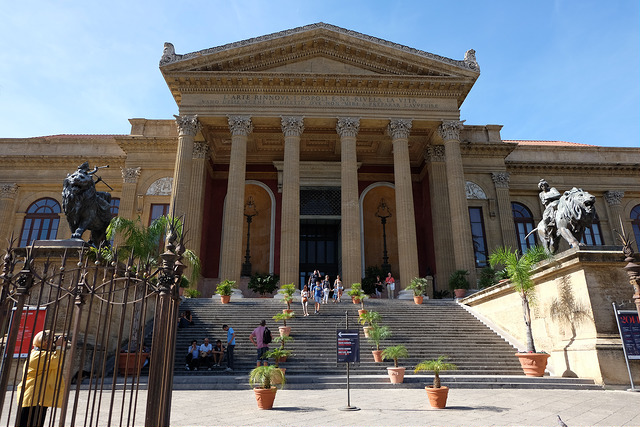 The Palermo Airport was formerly known as Punta Raisi Airport, and it is located at Punta Raisi which is at the northwest of Palermo. The Palermo Airport is the second airport after Catania-Fontanarossa Airport in terms of the number of passengers handled daily. This is the place of arrival before start your Tour of Sicily and from where your exciting trip starts.

A Few Titbits about the Airport

The handling and supplying of ground services were handled by GESAP until 1994 beginning in 1985. This work was assigned by the government and was overseen by the District Airport Directorate. The Palermo Airport was named Falcone–Borsellino in the fond memory of two judges who fought hard against the mafia. They were Giovanni Falcone and Paolo Borsellino who got killed by the mafia in the year 1992. Their portraits set into the mosaic of Sicily can be seen outside one of the main entrances of the airport.

In 1994, the company was given the responsibility of partial management to make sure that they turn their focus to the development of the other airport buildings and surrounding areas. GESAP has won several certification and awards for the efficient handling of the airport and the surrounding areas.

The company handed over the services regarding the handling of the airport to a company called GH Palermo in the year 2004. They are both involved in the management of the airport that has several international flights plying to and from it.

The Details of the Transfer in Sicily from the Airport

There are a number of buses and taxis that play regularly from the airport. But to be on the safe side, your best bet would be to pre-book shuttle service to Palermo Airport like that of Sicilia Shuttle Service. The services like these have the edge over the others as they are in the business for a long time to know all about the details of Palermo airport arrivals and departures. They will ensure that you do not need to wait at the gates for your vehicle to arrive once you have landed.

The other thing about hiring the services of the companies like Sicilia Shuttle Service is that they also organise tours around the city so you can contact them for sightseeing as well. It is best to go for the minivan hire if you are a big group. The shuttles are all completely air-conditioned and comfy making them the right choice when it comes to transfer to Palermo airport.

Plan your next trip to the beautiful city of Sicily and leave all your worries about getting to the destinations on the cordial and efficient staffs of the Sicilia Shuttle Service.

All You Need To Know About the Catania Airport

The Catania International Airport is also known as Vincenzo Bellini Airport, and it is located…

Catania – The Perfect Blend of Urban and Architecture

Steeped in history and majestic grandeur, the Syracuse Neapolis archaeological park is one of the…